It’s now over a year and a half (at least) since a new virus causing Severe Acute Respiratory Syndrome (SARS) emerged. What do we know for certain, what do we suspect and what do we have no idea about?

What we know for certain is that the disease is caused by a member of the coronavirus family of single-strand RNA virus. We have sequenced its genome and we know how it infects cells. We are beginning to have a clearer picture of how the virus is transmitted — by aerosol transmission and to a lesser degree, via larger droplets and fomites (objects).

We know that people with certain co-morbidities are more at risk of severe disease and death and that age is a significant determinant. Both very young and very old are more vulnerable to hospitalization, intubation and death.

We know that some proportion of the population appears to be immune to it naturally, and we know that some people can get COVID-19 and show no symptoms, infecting others without their knowledge.

We have some treatments, and we now have several vaccinations that provide immunity to the disease.

That’s pretty much it. The rest is uncertain to one degree or another.

We do not know the exact origins of the virus. There is speculation, there is ongoing research, and there is a lot of debate, but we do not know for certain how it emerged and began to infect humans. It could have been a zoonotic disease that jumped from one animal to another (bats / pangolins) and then to humans purely by accident through contact between humans and the infected animals. Perhaps in a wet market in China.

Perhaps accidentally from a lab in Wuhan where there was ongoing research into Coronavirus, using bats.

We don’t even know for certain who is Patient Zero — the first person to become infected with the novel virus, SARS-COV-2, although there are reports of patients with SARS-like pneumonia in November in Wuhan, and I even read one article claiming to have detected COVID-19 in sewage from Spring 2019 in Spain.

We do not yet know for certain how long vaccine immunity lasts, or exactly how protective the vaccines are, or any longer-term consequences of the vaccine, since they were approved using emergency authorization.

Pandemics are like that: when we are in the thick of things, most everything is provisional and few things are known for certain. It’s really not until the storm has passed, so to speak, that we can start to reconstruct exactly what happened, when, why and how.

My background as a commentator:

I have no special credentials, although I have education in science (BSc – Biology) and social science (MA/ABD-PhD) and 15 years of experience in government, 11 in the Ministry of Health in a small Canadian province.

I had just left Toronto for Western Canada during the first SARS pandemic in 2003. As a research consultant for the City of Toronto’s largest union, I just escaped having to deal with the fallout from the first SARS epidemic. I met regularly with Dr. Sheela Basrur, the Medical Officer of Health for the City of Toronto, as part of my work, and she and her officials were able to manage the pandemic and prevent an even worse outcome.

Lessons from the experience with SARS-COV-1 we should have learned: that transparency is key; that a fast response using the best science at the time and mobilizing resources is necessary to minimize harm; and that human-animal interaction is going to be an ongoing issue and source of future pandemics.

Little did I know that six years later, in 2009, I would be on the Pandemic Planning Committee, responsible for monitoring and reporting on hospital and ICU beds and respirators in the province where I lived. That experience, in addition to my work on my province’s Emergency Operations Unit and my work on the Business Continuity Plan for the province’s Ministry of Health, has given me a perspective on this pandemic that can offer some insight.

We got off comparatively lightly in 2009, when Influenza A (H1N1)pdm09 became a pandemic — compared with today. The CDC estimates that in that first year of the pandemic, 151,700-575,400 people died of H1N1 globally — 80% of whom were under age 65. This is in direct contrast to the usual Flu epidemics, in which 70% – 90% of deaths are in those aged 65 and older. With H1N1, those aged 65 and older had some degree of immunity due to previous infections with similar influenza virus.

The COVID-19 pandemic is a whole different kettle of fish.

Our response to it has been shaped by a number of factors — political, cultural, social and scientific and it is those factors that I want to explore in this blog going forward along with other issues of science and society.

We are still in the middle of it — the thick of things — although in my current province of British Columbia, we are starting to open up as vaccination rates are reaching 75% of those aged 12+.

I have one closing comment in this introductory post about the response on the part of world governments to the COVID-19 pandemic:

Let me repeat that: I am damn glad that I’m no longer working on any Pandemic Planning Committee or response. Seriously!

Having been through H1N1, which I consider a dry run, I appreciate how difficult it must be to balance competing interests facing decision makers and policy makers. It’s easy for us who are not involved to sit back and armchair quarterback the game, but it is an entirely different thing than being in a position of responsibility for decision making, let alone the front lines of the health system response.

While I do appreciate how difficult it must have been to respond, that doesn’t mean criticism isn’t warranted. In fact, clear-headed and objective criticism is the only way we learn and improve.

That’s what I hope to do in the next while, and in particular, with my comments on the COVID-19 pandemic and response.

If you’re interested in my take and review of the pandemic, stay tuned. The focus will be on the pandemic for the next while, although I may return to my first love and the issue with which I am most concerned — global climate disruption.

Pandemics will come and go, but sadly, global climate disruption is here to stay for the short, medium and probably long term. 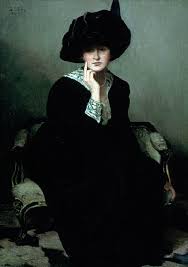 My Other Blog – The Policy Lass on the Climate Wars

“I think it matters what’s true because the truth is beautiful. It’s exciting. It’s inspiring. There is almost nothing I can image more worthwhile spending your life doing than understanding the truth of why you have a life in the first place.” – Richard Dawkins

“Man will occasionally stumble over the truth, but most of the time he will pick himself up and continue on.” – Winston Churchill

“We have also arranged things so that almost no one understands science and technology. This is a prescription for disaster. We might get away with it for a while, but sooner or later this combustible mixture of ignorance and power is going to blow up in our faces.” –
Carl Sagan

“Science is so powerful that it drags us kicking and screaming towards the truth despite our best efforts to avoid it.” – Peter Watts

“I believe that a scientist looking at nonscientific problems is just as dumb as the next guy.” – Richard P. Feynman